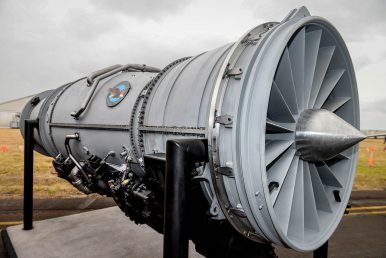 Landmark new work in economics may give us a new understanding of the role of industrial espionage in economic growth, and may also give us a better handle on appreciating the overall impact of espionage on the U.S.-China relationship.

States behave as if industrial espionage is important; developing countries undertake extensive efforts to steal from advanced countries, and advanced countries take steps to protect their advanced technology from theft. In the Cold War, for example, the United States developed and enforced an elaborate system of export controls designed to prevent advanced military and industrial technology from falling into the hands of the Soviets. Today, U.S. officials relentlessly complain about Chinese intellectual property theft, and China continues to steal IP.

The new paper by Albrecht Glitz and Erik Meyersson suggests that, in at least some cases, industrial espionage works. Glitz and Meyerson used extensive resources from the East German (GDR) intelligence archives, as well as a range of economic data, to demonstrate that the GDR’s espionage program against West German (FRG) paid off in significant technological growth, even as it crowded out domestic R&D. They also run a counter-factual to demonstrate that the GDR’s technological base grew faster because of industrial espionage than it would have otherwise.

The East German operation was expansive in scope. Spies infiltrated every institution of West German life, including academia, labor unions, the government, and private firms. Administrators routed stolen information across the East Germany economy, concentrating on the most competitive industrial sectors. Despite the oppressive nature of the GDR, the effort worked; East Germany maintained the most advanced, competitive economy in the Eastern Bloc.

What implications does this have for our thinking on China’s industrial espionage efforts? The first is that concrete assessment is difficult. The authors had extensive archival resources from a dead state. The availability of such a wealth of intelligence data is, to put it mildly, unusual. Researchers never had access to that much data after the fall of the Soviet Union, and will almost certainly never have the same degree of knowledge about China’s current operations. Thus, we can only guess at the real impact of Beijing’s industrial espionage efforts against the West.

China also occupies a much different position in the world economy than the GDR. Whereas the United States intentionally isolated East Germany from global technology advances, China continues to receive massive injections of FDI and technology transfer from Western firms. The Chinese economy is also far less centralized than the East German. Consequently, industrial espionage may play a less independently important role in China’s technology success.

However, it is undoubtedly true that China has achieved a high level of penetration of the United States and other Western societies. This includes actual espionage, but also an array of legal, visible academic and commercial relationships. The biggest question may be whether China has developed the administrative capacity to distribute this knowledge across its industrial sector.