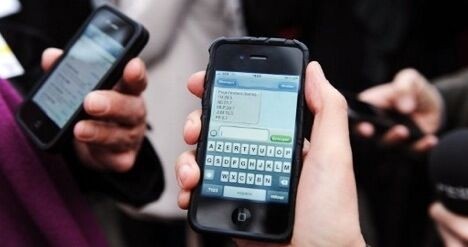 Switzerland has halted the export of mobile phone monitoring technology to Vietnam and Bangladesh out of fears it could be misused.

It is the first time the authorities have made use of a new directive introduced in May to tighten up regulations on the export of internet and mobile monitoring equipment.

State agencies in the two countries had wanted to import IMSI-catchers from Swiss firms – eavesdropping devices used to intercept mobile phone traffic and track the movements of mobile phone users.

But the Swiss foreign ministry, defence ministry and State Secretariat for Economic Affairs (SECO) blocked the sale to the two countries, according to Swiss media reports.

The exports were banned over concerns at how Vietnam and Bangladesh would use the devices.

“There was reason to believe that the recipients would use the devices for the purposes of repression,” Jürgen Böhler, head of export controls at SECO, told the Swiss news agency SDA.

Before the Federal Council passed the directive on May 13th it was not possible to prevent exports of so-called surveillance solutions.

In deciding who gets an export licence, regulators now have to consider both the type of technology and how the buyer intends to use it.

The government fears IMSI-catchers could be used by repressive governments to establish, for instance, an individual’s participation in a demonstration.

According to SECO, exports of the monitoring devices to the Philippines, Kuwait and Lebanon have all been approved.