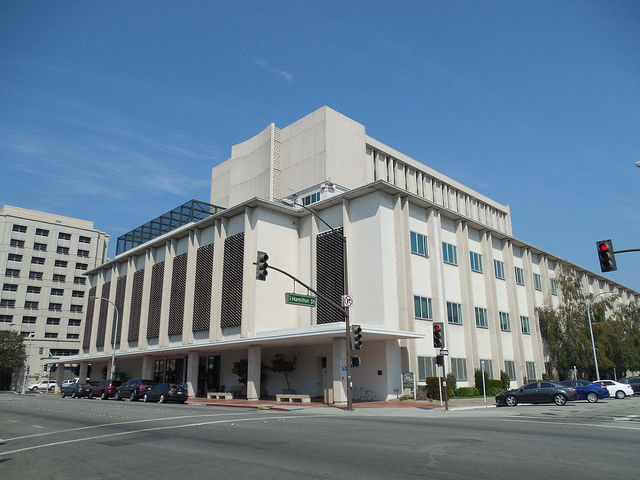 The FBI violated the Fourth Amendment by recording more than 200 hours of conversation at the entrance to a county courthouse in the Bay Area, a federal judge has ruled.

Federal agents planted the concealed microphones around the San Mateo County Courthouse in 2009 and 2010 as part of an investigation into alleged bid-rigging at public auctions for foreclosed homes. In November, lawyers representing five defendants filed a motion arguing that the tactic was unconstitutional, since the Fourth Amendment bans unreasonable searches.

“[T]he government utterly failed to justify a warrantless electronic surveillance that recorded private conversations spoken in hushed tones by judges, attorneys, and court staff entering and exiting a courthouse,” US District Judge Charles Breyer wrote in an order (PDF) published yesterday. “Even putting aside the sensitive nature of the location here, Defendants have established that they believed their conversations were private and they took reasonable steps to thwart eavesdroppers.”

Breyer concluded that the disputed evidence must be suppressed. At a hearing next week, he’ll consider whether the recordings tainted the rest of the prosecution’s case.

The FBI began its investigation using a cooperator who agreed to wear a wire at several auctions. They recorded his conversation with the five defendants. An undercover agent posing as an investor also wore a wire and made audio and video recordings. Those techniques don’t require judicial authorization.

However, at some point the defendants’ relationship with the cooperating source “soured,” according to FBI agent testimony, and it became “typical behavior” for the accused men to “walk away from a larger group” and hold conversations “separate[ly] from [the] informant and from [the] undercover agent.”

“The FBI adopted a new technique: agents bugged the courthouse,” wrote Breyer. With hidden microphones, they collected more than 200 hours of audio over nine months, “capturing the conversations of anyone who entered or exited the employee entrance of the courthouse… The FBI never sought judicial authorization for this program.”

Agent planted small digital recorders known as Knowles EM-23069s. The devices, small squares that measured about 1.5 inches on each side, are specifically designed for law enforcement. The devices were planted in a sprinkler box, a planter box, and a backpack in addition to two unmarked vehicles parked about 30 feet from where the auctions took place.

In his order, Breyer noted that the FBI recorded private conversations between members of the general public, including “two women discussing details of their personal lives that ranged from the private to the salacious.” It also captured a conversation between a San Mateo Superior Court judge and a county prosecutor who discussed “case loads, the quality of attorneys appearing before the judge, and a request from the judge that the prosecutor not blame his deputies for certain events.”

The legal question boiled down to whether the defendants had a reasonable expectation of privacy in their conversations, and after three days of evidentiary hearings, Breyer found that they did.

Four of the five defendants submitted sworn declarations saying they “believed and expected” their conversations outside the courthouse were private and confidential.

The defendants also spoke in quiet tones, discussed private affairs, and took affirmative steps to protect their privacy, all of which added weight to their argument.

“With continuing advances in technology, private conversations may become anachronistic rituals reducing intimate encounters to silent exchanges of notes,” Breyer wrote. “But that day has not arrived. Until it does, our Fourth Amendment protections should be defined by traditional circumstances.”

The order was reported yesterday by The Recorder. “The FBI could’ve tried to go to the judge and gotten approval for this recording scheme, but they didn’t,” defense lawyer Matthew Jacobs of Vinson & Elkins told that newspaper.

The ruling runs counter to a ruling by another judge in the same district, also reported by The Recorder. US District Judge Phyllis Hamilton wouldn’t suppress recordings made outside courthouses in the East Bay counties of Alameda and Contra Costa, saying that defendants didn’t take steps to protect their privacy.