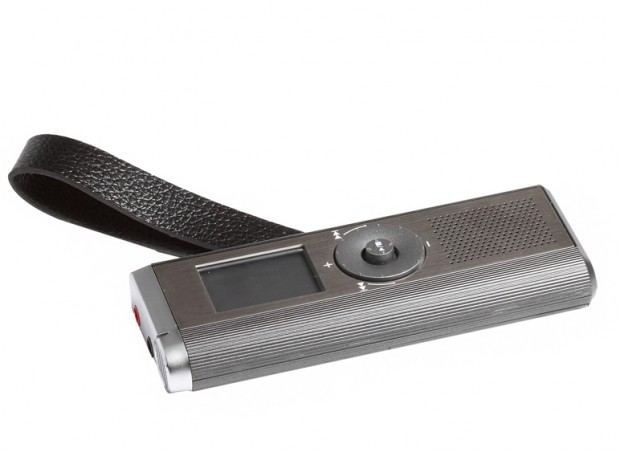 When two professors were recently working inside of a classroom at Brigham Young University in Provo, Utah, they noticed something hidden under a stool that has sparked a campus police investigation: a secretly concealed audio recorder.

The device — found in a classroom inside the Joseph Smith Building where religion classes are taught and where faculty meetings are held — has caused some concern, with a BYU spokeswoman telling the Salt Lake Tribune that the issue is being taken “very seriously.”

The professors reportedly accidentally discovered the voice-activated recorder earlier this month, subsequently searching other rooms, where they similarly found velcro under stools that seemed to indicate the same device setup, KSL-TV reported.

The university, which is owned by the The Church of Jesus Christ of Latter-day Saints, has declined to publicly speculate about why the device was placed in the room, though it has confirmed that administrators were not responsible for the act.

“We need to get all the facts to determine if it did break the law,” he said, noting that Utah is a one-party state and that they will need to look at intent when assessing illegality.

Lemmon added, “If it was used in a conversation where none of the parties were aware of it, then of course we have a violation of the law and we would pursue it from there.”

According to KSL-TV, the audio was “inadvertently erased” and, due to the number of people who have handled the digital device, finger printing would be fruitless.

At least one professor has publicly addressed the situation. History teacher William Hamblin wrote a blog post on November 13, claiming that it simply isn’t necessary to tape recorders underneath classroom chairs. He wrote:

“If anyone at BYU wants to hear what I say in the classroom, they don’t need to attach a voice activated recorder under the classroom teacher’s chair with velcro. Feel free to put the recorder on the table. I’ll even start it for you. Or you can sit in on my class. All are welcome. Or, for that matter, you can listen to classroom recordings I have made myself. Really, there is no need to go to the expense of buying a voice activated recorder, sneak it in the classroom at night, and surreptitiously tape it under the chair. I’m serious. You don’t need to do that.”

Police currently have no suspects, though a memory card from the recorder is currently being analyzed by authorities.