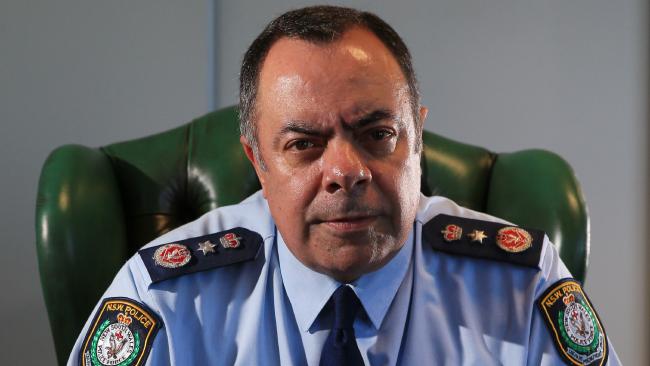 THE NSW Ombudsman will recommend charges against a number of current or former police officers involved in an investigation into the ­illegal bugging of more than 100 cops, including former deputy police commissioner Nick Kaldas.

Professor John McMillan has promised to make the findings of his inquiry into Operation Prospect public by the end of this year and has advertised for a senior investigator to help put together a brief of evidence for charges.

“To provide support with operational matters following the completion of a major inquiry, including the preparation of briefs for prosecution,’’ the advertisement says.

“The inquiry concerns a range of sensitive and complex matters including allegations of criminal and/or improper conduct by public officials (current and former) from the NSW Police Force, the NSW Crime Commission and/or the NSW Police Integrity Commission.

“The inquiry has examined historic and contemporary issues and complaints and is in its final stages.’’

Commissioner Andrew Scipione, his deputy Cath Burn and other senior police officers were called to give evidence in the secret inquiry which led to a spectacular public brawl between Ms Burn and Mr Kaldas during a parliamentary inquiry into Operation Prospect.

The inquiry was set-up four years ago to look into claims of corrupt conduct by police in the issuing of warrants to bug police and civilians from 1999 to 2001.

At least 33 serving and former police officers have already been issued with show-cause notices relating to the inquiry, which has cost well over $10 million.

“It would be a crime if this multimillion-dollar four-year inquiry ended up prosecuting the brave whistleblowers who stood up and demanded accountability for the police bugging scandal,’’ Greens MP David Shoebridge said.

“The report was first going to be delivered after six months, then two years. We have now been waiting more than four years and the Ombudsman has just begun recruiting a new senior investigator. This is a scandal causing deep hurt and division in the NSW Police force and no further delays are acceptable.”

The Daily Telegraph’s calls to the Ombundsman’s office were not returned.