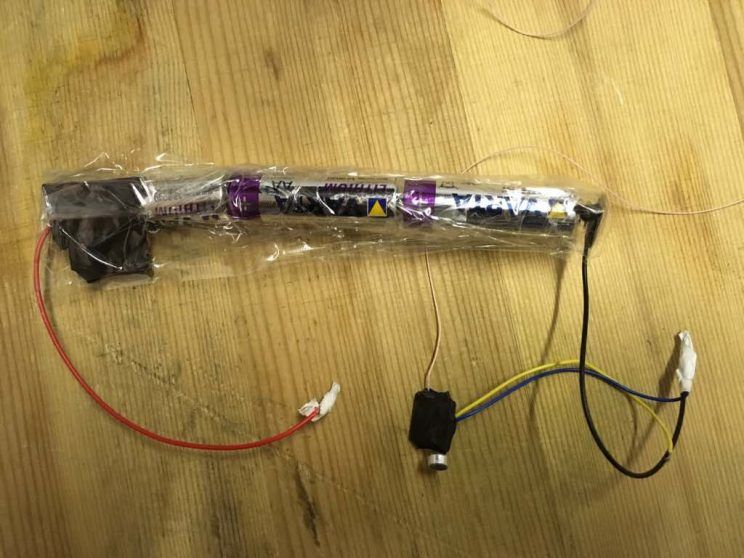 In the most delightfully cliché scandal in recent hockey history, coaches from a Russian hockey team found a spy device hidden in their room.
According to Sport-Express, a listening device was allegedly discovered by coaches from Metallurg Magnitogorsk inside their coaches’ room at Ice Palace in Saint Petersburg. Metallurg is in a Gagarin Cup series against SKA Saint Petersburg, losing 2-1 on Friday night.

Igor Eronko of Sports Express reports that neither of the teams’ general managers or players really wanted to comment on it. (For what it’s worth, SKA is the richest team in the KHL, and their vice president is also the VP of Hockey Russia.)

Writer Alexey Shevchenko of Sports Express reports that the device had a microphone attached to it, and that Metallurg was expected to send it to the League for more investigation.

As you can see, the listening device isn’t exactly cutting edge spy tech. It sorta looks like something you would have built in shop class or after a trip to Radio Shack. ‘Hey, Sergei, do you heff Double-A battery for illegal listening device for planting in opponents’ coaching room? I only heff two.’

We honestly don’t know what to make of all of this. For all we know, this was an artifact that had nothing to do with the series.

Or, Metallurg bugged themselves to offer a distraction from the series.

Or maybe SKA was spying on them, which ultimately means that Metallurg probably never discussed coaching plans over email, or SKA would have had them already.