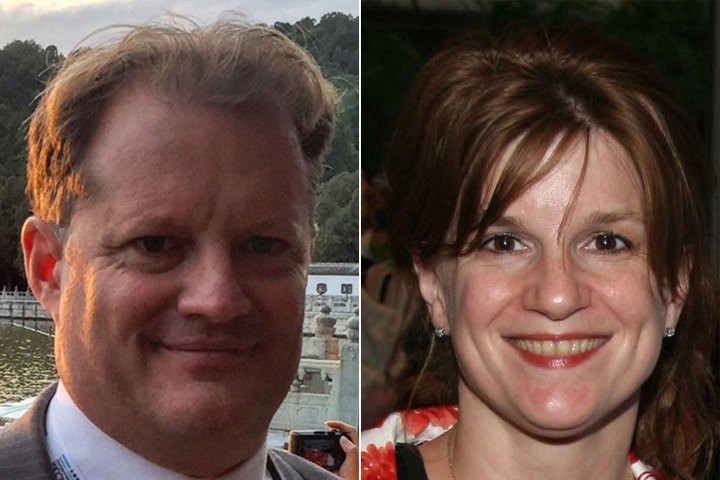 A tobacco heiress smoked out her estranged husband’s crude attempt to play “I Spy” by secretly bugging her iPhone before their bitter divorce, court papers claim.

Anne Resnik — whose late dad, Frank, was CEO of Philip Morris USA — says hubby Crocker Coulson put the spyware on her phone just before he dumped her last year.

The Brooklyn Heights woman claims that Coulson could read messages from her celebrity lawyer, Raoul Felder — and that he accused her of sneaking off to see a boyfriend because he could track her with the phone’s GPS.

The bug stayed in place for some four months until it was uncovered by a computer expert Resnik had hired, according to court papers.

Felder said they stumbled upon the spyware by chance when they called on the expert to get info off the phone for their case in a more thorough way.

“In the course of that, it was discovered it was [hacked],” said Felder.

The installation of the software, which is called mSpy, allegedly took place on Oct. 6, 2014 — just three weeks before Coulson sued Resnik for divorce, according to a ruling by Brooklyn Supreme Court Justice Jeffrey Sunshine.

During a subsequent deposition, Coulson invoked the Fifth Amendment 58 times when questioned about bank records that show he purchased a “premium” mSpy subscription, as well as IPVanish software to allegedly hide his tracks.

Resnik says Coulson — with whom she has 6-year-old twins — clearly relied on GPS data from her iPhone to claim that she had “spent several hours with her boyfriend while he was at the hospital after an incident on Oct. 14, 2015.”

In an application to the judge, Resnik sought and won permission to have all of Coulson’s electronic devices impounded on the grounds that he may have been able to read some 202 emails to her from Felder’s firm.

After the city Sheriff’s Office seized Coulson’s iPhone, iPad and 10 other computers on May 19, the husband tried to keep their contents private by contending that taking the Fifth extended to his “digital person.”

Sunshine rejected that argument, however, and ordered that a “neutral private referee” would wade through the contents and determine if Coulson had gotten access to any of his wife’s attorney-client communications.

Coulson’s housekeeper said he was out of town, but his lawyer, Carolyn Byrne, called the hacking allegations “an attempt by my client’s wife to deflect attention away from her own misdeeds.”