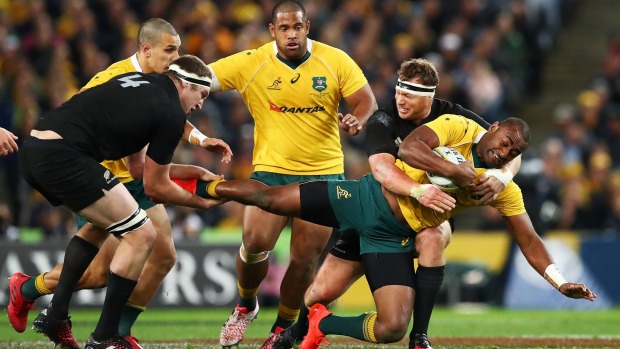 Sir Graham Henry said there’s a history of spying at rugby’s highest level, but he’s never heard of an operation like the one that’s overshadowed the build-up to tonight’s Bledisloe Cup test.

Police have been called in after a sophisticated listening device was discovered in the All Blacks’ team room at their Sydney hotel. The hotel is also investigating. Sir Graham, who guided New Zealand to Rugby World Cup success in 2011, said security sweeps have been routine for well over a decade.

“There has been spying in the past,” Henry told the Herald. “But that’s usually something at the practice venue, videoing training or someone watching and taking notes. That sort of thing has happened in world rugby before, let’s be frank about that.

“But I’ve never heard of bugging before.

Henry said at this stage “you can’t point the finger” at anyone, saying the device could have been planted a long time ago.

All Black great Sir John Kirwan was saddened by the revelations.

“It’s a sad day for me and for rugby, to be honest. I’m sort of hoping that there was a police convention there and [someone’s] left one of their toys in there – but I don’t think that is [what happened].

“I think it’s really, really important that the police investigate and we find out who has done this, because we need to fight against the bad sides of professionalism. “The former winger laughed when asked whether it was something players worried about in his day.

“I think it’s really important that we get to the bottom of who did it and make sure that they’re punished accordingly because it’s bringing the game into disrepute.”

Wayne Buck Shelford had not heard of the news when contacted by the Herald this afternoon, but said he was not too worried about the revelations.

“It’s just something that’s happened – let them worry about it.”