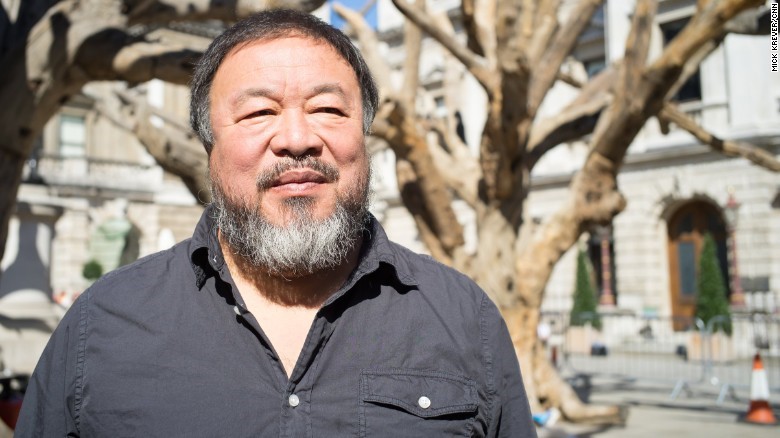 “They are listening devices or ‘bugs’,” Ai told CNN Monday. “They were found in my studio and living room.”

“(It’s) a professional job. It is easy to identify: a tiny (microphone), a receiver and a 6-volt electronic transmitter,” he said.

“It’s maybe there for years, or set in after I was released. It only could be a job by gong an (public security bureau) or guo an (national security), which I wouldn’t know.”

The controversial artist, who famously designed Beijing’s ‘Bird’s Nest’ stadium for the 2008 Olympic Games, was put under house arrest in 2010 and detained by the Chinese government in 2011 in a separate incident for tax evasion — a charge he claims was politically motivated.

Although the artist said he already assumed he was under surveillance for his critical views of the government, finding proof of it left him unnerved.

“You feel such a chill”

“When I found these bugs, I had a strange feeling.” he said.

“Even though I was quite sure that these technologies have existed and the authorities have been using them for some unspeakable purpose, it’s just like (when) you know a snake exists but when you see it, you feel such a chill.”

“It has been there, so close to me and for an unknown length of time. You start to imagine the people on the other end of the line who receive every single sound, and every voice I have ever made. The feeling is quite different.”

Ai posted several photos and a video to his Instagram account Sunday showing electrical wires and equipment implanted behind a wall socket.

“Ha ha” he wrote beneath one of the photos.

“When was it installed?” One commenter asked.

He also posted a video which showed firecrackers being set off next to the device with the caption: “Can you hear it?”

Ai returned from an exhibition of his work in London last month, the first time he has been abroad in four years after Chinese authorities seized his passport.

“It will make you think why the authorities are so interested to interfere in a private area without being noticed,” Ai said. “It may be the only way besides force that they can take advantage of people.

“(A) society that gives up the values on trust and respect leads to no future.”