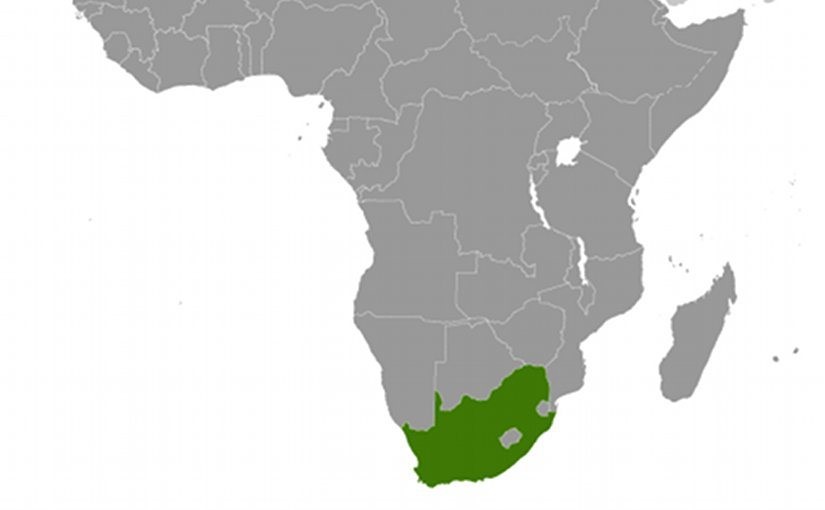 The ‘Faustian Pact’ metaphor as explanation for the South African liberation movement’s 1990s capitulation to neoliberal capitalism is offered by Ronnie Kasrils. As Africa’s most revered white revolutionary, Kasrils served the new democracy as its Minister of National Intelligence from 2004-08, after a decade as water minister and deputy defence minister, following three decades in the armed struggle against apartheid. Last year he joined the interim leadership of the United Front civil society network to fight for his old ideals of socialism, leaving his lifelong political home in the ruling African National Congress (ANC).

As Kasrils wrote in The Guardian two years ago, “From 1991 to 1996 the battle for the ANC’s soul got under way, and was eventually lost to corporate power: we were entrapped by the neoliberal economy – or, as some today cry out, we ‘sold our people down the river’. What I call our Faustian moment came when we took an International Monetary Fund loan on the eve of our first democratic election.”

Johann Georg Faust was a legendary figure in early 16th century Germany. Around the time he turned 50, Faust – who dabbled in theology, medicine and astrology – did a deal with the devil Mephistopheles, whom he met in the forest. Faust could enjoy 24 more years of life, but in exchange, had to give the devil his soul. For 16 years, Faust led a charmed life, and he then suffered regret about the deal. His death eight years later, around 1540, was reportedly the most ghastly imaginable.

Nelson Mandela met various versions of Mephistopheles repeatedly during the late 1980s and after his release from prison in 1990. In addition to the $850 million IMF loan, he then approved at least nine other concessions with local and global capital.

But last week the sell-out accusation took on a strange new form when a 27-page intelligence document surfaced, claiming “The white establishment through the private sector has a huge influence in the running of the National Treasury [finance ministry]. The history of this influence dates back during the early 90s when the ANC and the [white, apartheid-founding] National Party were negotiating the talks about talks. The white establishment felt it was too risky to leave the running of the government solely in the hands of the ANC.”

There is nothing inaccurate about those three sentences, but the document quickly wanders into conspiracy theory territory, referring to code-named members of a supposed ‘Project Spider Web’ which “attracted funding from the Rupert, Oppenheimer and the Rothschild families.” The Oppenheimers have run the vast Anglo American mining universe for a century; the Ruperts still head a luxury goods and tobacco empire (Rembrandt and Richemont); and Rothschild Bank is an institution of special interest in South Africa because its deputy chairperson here is Trevor Manuel, who until last year was the country’s most important neoliberal ideologue. He was finance minister from 1996-2009 and repeatedly held multilateral financial leadership, including chairing the World Bank and IMF in 2000 and a 2009 commission that bailed out the IMF with $750 billion.

Reacting to Spider Web allegations, Manuel warned, “If as some commentators suggest… it may be the output of the dirty tricks division of the Department of State Security, then we should all be very scared.” Treasury officials termed the document “baseless and vexatious.” Indeed all commentators have dismissed Spider Web as yet another hackish, spy-versus-spy gambit by either state or private spooks with fevered imaginations.

(By way of disclosure, late last year I was named in a similarly unhinged ‘Numsa Exposed’ dossier as an alleged member of a supposed “underground plot to destabilise South Africa as part of efforts by rogue elements within the National Union of Metalworkers of South Africa’s leadership to effect regime change.” Within a few days, my Durban university office was trashed and my hard drive was stolen.)

As Citypress editor Ferial Haffajee remarked, such documents “are badly written, but contain enough truth to be taken somewhat seriously, and they surface when there is real tension.” She guesses the likely culprits: “Treasury is getting tough with looting and the misspending of public funds. It is centralising procurement. Wayward parastatals, including SA Airways which is technically bankrupt, are being reined in to bring their balance sheets under control.”

Haffajee called the document “a smear by elements in the state and state-owned enterprises who are worried that their empires and access to state contracts will be harmed when centralised procurement is implemented.” Two columnists at Business Day newspaper argued that the $100 billion nuclear energy deal now being negotiating with Moscow’s Rossatom is a dangerous project Treasury would veto due to its expense and likely corruption, hence explaining the Project Spider Web pre-delegitimation of finance ministry bureaucrats.

Spider Web naughtiness is being spun at a bad time for Pretoria’s State Security cluster. The police are yet again in trouble after an official commission into the Marikana Massacre recommended that the police commissioner should be investigated for lack of ‘fitness for office’. She had attempted a clumsy cover-up of police culpability into the murder of 34 striking platinum workers three years ago.

Within South Africa’s corrupt ruling crew, apparent panic over Treasury oversight may be temporarily disguised by bogus conspiracy theory claims like Spider Web, or by many other genuine conspiracies to obstruct justice. Regardless, as Kasrils put it two years ago when explaining the ANC’s recourse to a top-down Faustian Pact: “Inexcusably, we had lost faith in the ability of our own revolutionary masses to overcome all obstacles.” That faith had better be restored, urgently.

* Patrick Bond is a political economist at the Wits School of Governance in Johannesburg and half time, he directs the Centre for Civil Society in Durban.) This article was first published in TeleSUR, 6 September 2015