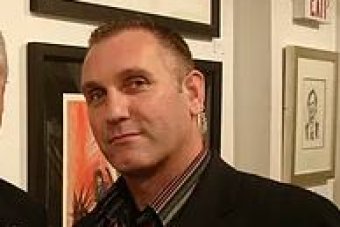 All Blacks rugby union team manager Darren Shand has told a Sydney court he was “shocked” when a listening device was discovered at the team’s hotel in Sydney last year.

Adrian Gard, who was a security guard for the All Blacks for 10 years, has pleaded not guilty to a charge of public mischief after a bug was discovered in a chair in the team’s meeting room at the Intercontinental in Double Bay, before the opening Bledisloe Cup match.

Police alleged he made a false claim by reporting the bug had been found.

A hearing set down for two days has begun at the Downing Centre Local Court and the prosecution said it planned to call approximately 15 witnesses.

Mr Shand, who gave evidence from New Zealand via video link, said he was called to Gard’s hotel room on Monday, August 15, 2016, where two chairs were produced, one with a battery and some wires hanging out.

“I was staring at it in shock, when I realised it was some sort of listening device,” he told the court.

The chair was from the team’s meeting room in the hotel’s ballroom.

The court was told the All Blacks had requested Gard find a company to conduct a sweep as they were in a new hotel.

The sweep was to be carried out at North Sydney Oval where the team was training, as well as several rooms used by the team at the hotel.

“Gard usually uses his own equipment, but we wanted to use a different company,” Mr Shand said.

“I felt on balance if we were going to do the job we’d need to do it thoroughly and properly.”

Mr Shand said once the device was discovered, he notified the hotel’s general manager who launched an internal investigation.

It was not until game day, August 20, that the All Blacks and NZ Rugby told the hotel to involve the police.

All Blacks will still use same hotel

All Blacks coach Steve Hansen says his team will return to the same hotel in Sydney ahead of the Bledisloe Cup opener on August 19.

“It’s a good hotel,” he said at today’s team announcement.

“There’s potential bugs in every hotel.

“The hotel suits our needs and we don’t think it’s the hotel’s fault, in fact we don’t know whose fault it is.

“All we know is [the bug] was there so we’ll continue to do what we always do and be cautious and do the best we can and get on and play rugby.

Hansen said he maintained his support for Guard.

He went on to say that the All Blacks would not be increasing security and would be using the same firm.

“We had enough to find the bug in the first place, so why would we need any more?” he said.

“There’s no point looking for anything by increasing staff just because … we’ve already found something. It’s just business as usual.”

Earlier in the day the court heard from Charles Carter, who runs the bug sweepers.

Mr Carter found two suspicious chairs and left them with Gard, who contacted him later to show him the device he had found.

“I said did he want me to come back and test the bug, test the battery strength to see if it was transmitting? He said no,” Mr Carter said.

According to Mr Carter the reason the All Blacks wanted extra security measures taken in Sydney was because they believed that had been targeted in South Africa.

They wanted their hotel and training ground at North Sydney Oval scoured to make sure their team strategies were kept top secret.