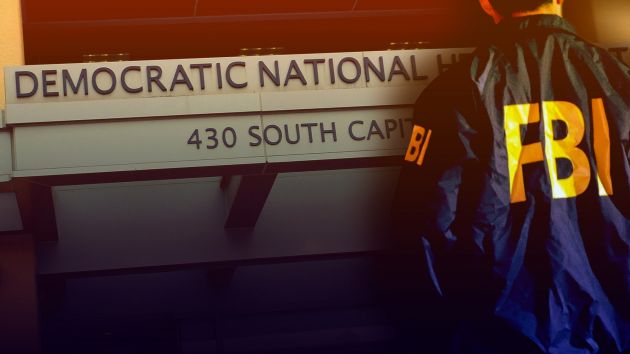 In an episode reminiscent of Watergate, the Democratic Party recently informed the FBI that it had collected evidence suggesting its Washington headquarters had been bugged, according to two Democratic National Committee officials who asked not to be named.

In September, according to these sources, the DNC hired a firm to conduct an electronic sweep of its offices. After Russian hackers had penetrated its email system and those of other Democratic targets, DNC officials believed it was prudent to scrutinize their offices. This examination found nothing unusual.

In late October, after conservative activist James O’Keefe released a new set of hidden-camera videos targeting Democrats, interim party chairwoman Donna Brazile ordered up another sweep. There was a concern that Republican foes might have infiltrated the DNC offices, where volunteers were reporting to work on phone banks and other election activities. (For some of their actions, O’Keefe and his crew have used people posing as volunteers to gain access to Democratic outfits.)

The second sweep, according to the Democratic officials, found a radio signal near the chairman’s office that indicated there might be a listening device outside the office. “We were told that this was something that could pick up calls from cellphones,” a DNC official says. “The guys who did the sweep said it was a strong indication.” No device was recovered. No possible culprits were identified.

The DNC sent a report with the technical details to the FBI, according to the DNC officials. “We believe it’s been given by the bureau to another agency with three letters to examine,” the DNC official says. “We’re not supposed to talk about it.”

A Democratic consultant who has done work for the DNC, who asked not to be identified, says he was recently informed about the suspected bugging.

The DNC officials will not say what countermeasures were subsequently taken. “As a general policy, we don’t talk about such efforts,” the other DNC official says. But this official adds, “You have to take all of this incredibly seriously.” The first DNC official notes, “We are the oldest political party in this country, and we are under constant attack from Russia and/or maybe others.”

Adam Hodge, a spokesman for the DNC, says, “The DNC is not going to comment on stories about its security. In all security matters, we cooperate fully with the appropriate law enforcement agencies and take all necessary steps to protect the committee and the safety and security of our staff.”

The FBI did not respond to a request for comment.